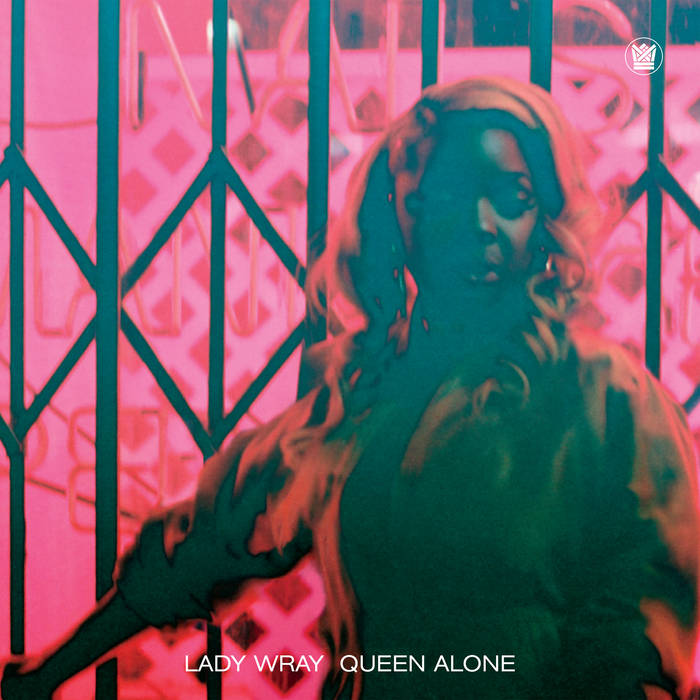 Kousin What a gem!

Charlie Moonbeam Authentic, infectious, clear-eyed soul. Heavy on the hooks, deep on the grooves. Lady Wray is Queen and she stands Alone. Favorite track: In Love (Don't Mess Things Up).

bubak I am definitely not into r&b and soul, but I really enjoy listening to this album. Maybe I should try more soul after all :-) Favorite track: Guilty.

utahstreet Really should be on the top ten Favorite track: Bad Girl.

Virginia-born singer/songwriter Nicole Wray has everything you’d want in a singer: an infectious Jackson-5-family-member flare, a range like Aretha’s, and a church upbringing that’s brought a pure, healing texture to her voice. But the struggle she’s been through has made her more than a singer. Nicole Wray is an artist.
When talking about Queen Alone, her first solo album in some time, Nicole explains, “It’s a reflection of my soul. It’s who I am today.” And aptly so. Released on Brooklyn’s Big Crown Records, Nicole is writing and singing songs about her life. And yet to even start to know her soul, you have to go back to the beginning.
Growing up in Portsmouth was tough at times for Nicole. However, at the age of fifteen, life opened up quickly when Missy Elliot paid a visit to Nicole’s family home to audition her on the spot. Missy was there on the rumored strength and quality of her voice. Instantly blowing her away, she signed and left with Missy that night. Two years later, at age 17, she had a hit gold single off a solid debut album (Make It Hot). Suddenly she was part of a team that included late ‘90s R&B and rap royalty: Missy, Aaliyah, Ginuwine, Playa, Timbaland and Magoo. She made it, and fast.
However, as rapidly as she achieved success, Nicole then found herself needing to re-make it. By late 2001, her time with Missy and company had run its course. They amicably parted ways and Nicole, once on top of the R&B world, was unsure of what was next.
It was a very low, but important, point in her life. While her passion and talent propelled her forward–friends disappeared and her purpose seemed unclear. While neck-deep in this struggle, Damon Dash and Roc-A-Fella Records called. They signed an album deal and by 2004, in what was starting to be a pattern, just as things were looking up Roc-A-Fella suddenly (famously) split. Once again, industry factors beyond her control took charge. Like a recurring dream, Nicole found herself in a familiar situation. Having just been in the spotlight, and then again back living the “real life.”
In 2013, Nicole paired up with London vocalist Terri Walker and released the album Lady.
Once again, Nicole was tested. Terri parted ways with the group to pursue her own projects shortly after the album’s release–despite rave reviews and upcoming travel dates.
Fast forward to now–the transformation from singer-for-hire to pure artist is evident in this new full-length solo release, Queen Alone. The record was written and recorded in 10 days at the legendary Diamond Mine Studios, in Queens NY with Leon Michels and Tom Brenneck handling production. Nicole says she is “Singing out loud now–singing from the stomach.” Back in 1998 she was coached how to sing, and told to stay in a pocket that never let her show her range, power, and passion. Today, after stutter-stepping in and out of the industry, there is a new soul and substance to her songs–all of it from her life.
“They Don't Hang Around", tells the story of her post Roc-a-Fella days, “Guilty", is about her brother’s incarceration, “Make Me Over" tells the relatable story of being broke with expensive taste, and ‘Let It Go”, a perfect way to end the record, is about the simple act of letting go and moving on.
Almost echoing her new record, Nicole says, “You have to go through something for it to be real.” She has been living with one foot in fame and the other in real life. The result is clear: she’s feeling something real in her music again. And it’s hard for us as listeners not to follow suit.

Virginia-born singer/songwriter Nicole Wray has everything you’d want in a singer: an infectious Jackson-5-family-member flare, a range like Aretha’s, and a church upbringing that’s brought a pure, healing texture to her voice.

Bandcamp Daily  your guide to the world of Bandcamp